The aim of this guide is to provide practical guidance on the preparation of trophy heads.
If heads are to be cut on a regular basis, then it is recommended that a jig be purchased, as this gives an accurate and consistent line of cut. 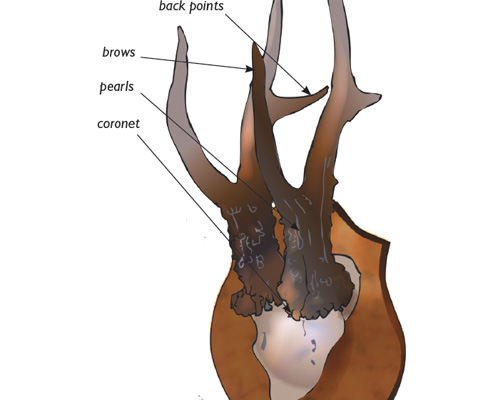 As part of the general lardering process, the head and in certain cases, the jaw of the animal will be removed*. 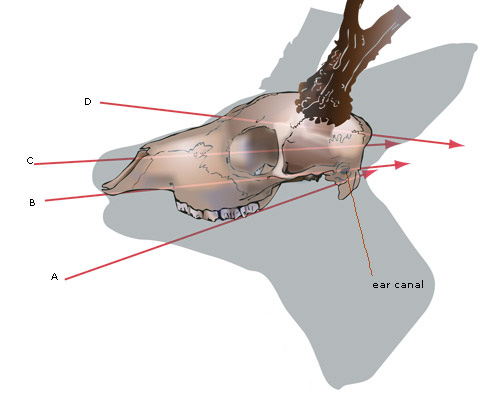 Boiling time is dependent on the animal’s age and species and can vary from 15 to 30 minutes, or more for larger species. The smaller the species and younger the animal, the less time boiling time required, otherwise the bones will fall apart. If the two nose bones at the front come away, then bleach separately, dry and superglue into position. 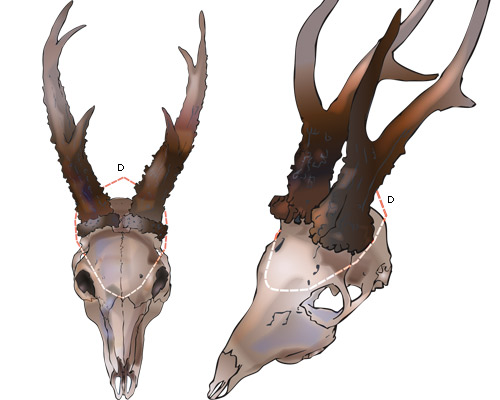 Any unevenness in the cut can be removed later by sanding when the skull has dried out completely (a mask should be worn for this process). Remove the brains after cutting.

Accredited judges of the CIC3 assess trophies by measurement and weight using CID Measurement Formulas. Where a head may be worthy of a medal, present for measurement as full skull trophy, prepared as described with the lower jaw removed. Heads should be prepared in the normal way with the lower jaw removed. Note, the use of artificial colouring will not be accepted in trophy measuring.

Trophies should be cleaned of all flesh and bleached (disinfected). Antlers should be wrapped and packed securely so as to present no sharp edges. Heads prepared in this way may be transported as luggage.
Where there are national animal health restrictions in place check with the local Animal Health Office for guidance4.
Full-mounts and accompanying capes require to be prepared at point of origin and are best transported to a taxidermist by carrier**.

The aim of this guide is to describe the skinning or 'caping' process required to produce a full-head trophy mount.

If the head is to be mounted by a taxidermist, the head is normally removed complete with the cape. The skinning off of the cape is critically important to the look and quality of the completed mount. A short neck on larger head mounts may look unbalanced and ‘front heavy’. It is therefore better to skin off too much cape rather than too little.
If the head is required to be skinned as well, specialised advice should be sought. If the head and cape is going to the taxidermist it is advisable to ask in advance how they would like it skinned, stored, packed and delivered.

1 Legislation available online at www.opsi.gov.uk or can be obtained from the Stationary Office. For addresses and contact details see BPG Useful Contacts.

2. Publications and useful information are available online at www.hse.gov.uk. Information can also be obtained from HSE Books.