A: neck vertebrae; B: trachea; C: oesophagus; (arrow above skull represents the line of shot at right angles to forehead, down through the brain stem. Use of Knife. Humane Slaughter. In the field situation, the most practical method of bleeding is to make a deep, transverse cut across the animal’s throat at the angle of the jaw (see dotted line). Cut deeply, severing the blood vessels, trachea and oesophagus, until the blade of the knife touches the spine. There should be two powerful jets of blood from the carotid arteries and a flow from the jugular veins. The heart may continue to pump until the carcass is ex-sanguinated. To carry out this task effectively, the operator needs a sharp knife with a blade at least 120mm (five inches) long. copyright: Humane Slaughter Association

This guide aims to provide advice on the most appropriate procedures for the humane dispatch of injured deer.

Section 25 of the Deer (Scotland) Act 1996 exempts individuals from being guilty of any offences involving the taking or killing of deer at any time if it is done for the purpose of preventing suffering by:

If killing deer for the purposes described above you may use a firearm/ammunition that would otherwise be prohibited. Ref: Deer (Firearms etc.) (Scotland) order 1985 which details the legal weapons and ammunition combinations for the culling of uninjured deer is not applicable.

The act of slaughtering or killing an animal must be carried out without causing unnecessary suffering.

A situation assessment must be carried out as to if, how and when to dispatch. The assessment should take into account factors such as risk to the safety of the operator, public safety and sensitivities, deer welfare and operator competency.

The aim of the dispatcher should be to carry out a single action resulting in rapid loss of conciousness and death, without causing unnecessary suffering.

Reasons for carrying out humane dispatch 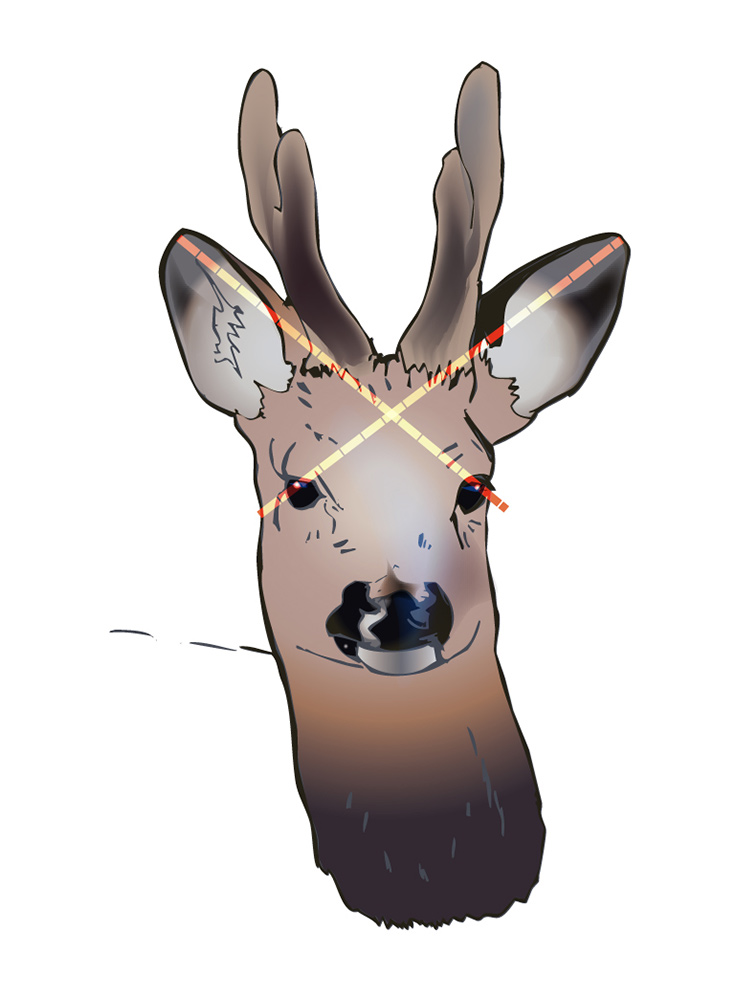 Under what circumstances would you dispatch?

Ensuring that you have a good understanding of best practice as it relates to the use of firearms and shot placement will go a long way to helping you shoot accurately .
However, occasionally human or mechanical error will result in a deer being wounded and the need for humane dispatch

There may be circumstances where deer become trapped but are uninjured. Examples range from deer caught in a fence to deer trapped in a fenced corridor or garden. In such cases an assessment of the specific circumstances should determine whether release or humane dispatch is appropriate.

The method used should be appropriate to the specific circumstances of each case, and will depend on operator and public safety, the competency of the operator using the appropriate method and taking into account the time to dispatch. The method used will also depend on whether the deer is mobile or immobile.

Use of a firearm

Shooting is the preferred method of dispatch, provided it is safe to do so and has been authorised , where appropriate, by the Police.***
“Firearm” in the context of this guides includes: Centre-fire high velocity rifles, .22 Rim-fire rifles, shotguns, specialist pistols and humane slaughtering instruments.

Criminal Justice Act 1988, Criminal Law (Consolidation) (Scotland) Act 1995 & Violent Crime Reduction Act 2006. It is illegal to have any sharply pointed or bladed instrument in your possession, in a public place without good reason or lawful authority. Good reason’ for carrying a knife may be shown by occupation as a farmer, estate manager, recreational stalker, expecting to need a knife whilst pursuing a lawful activity. There is an exemption in law for folding pocket knives. These must have cutting edges of less than three inches and do not lock. Recent case authority dictates that a folding pocket knife “must be foldable at all times 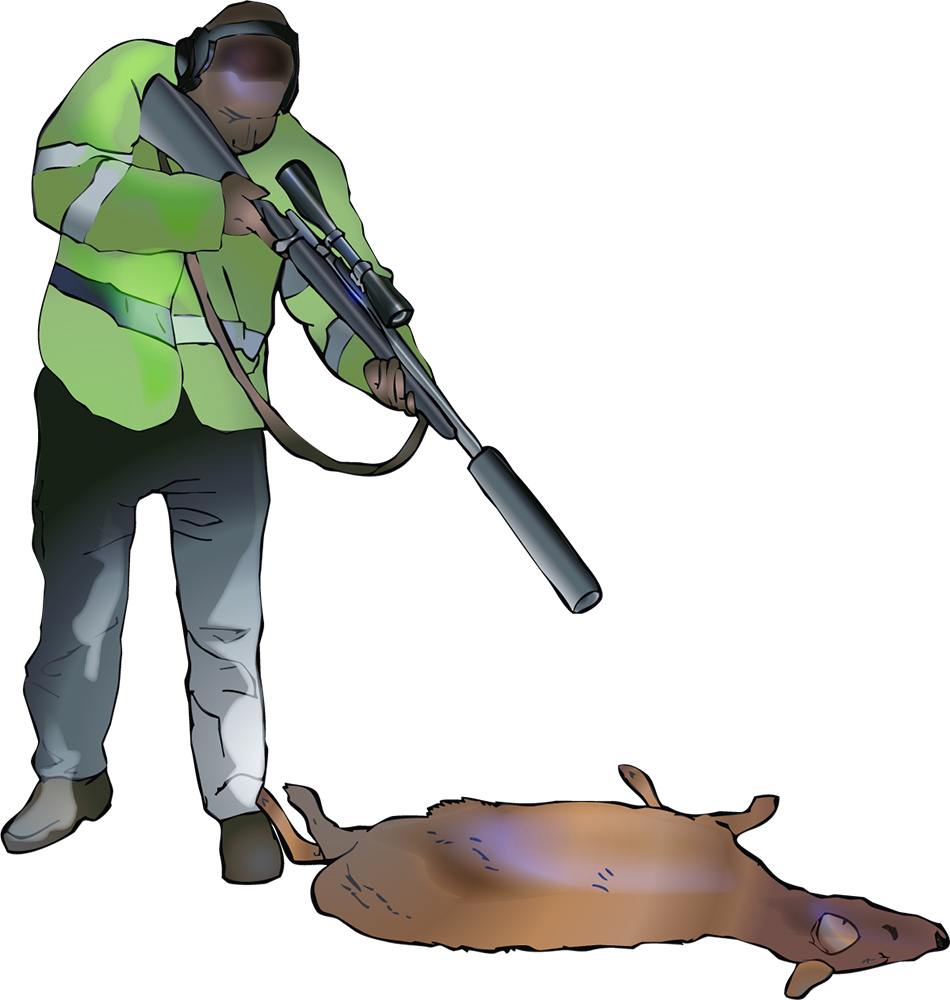 Ensure there is a safe background

There will be situations where it is not appropriate to use a firearm due to safety considerations or due to the time it would take to get someone to the scene with the appropriate weapon.

Other commonly used methods include: 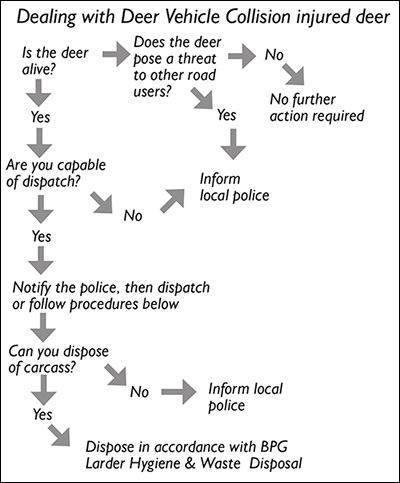 Disposing of the Carcass

Where a deer has been known to have been injured through an DVC, but is still mobile, an assessment as to the extent of its injuries must be made.*** In DVC’s where deer are believed to have sustained minor injury no further action need be taken. An obvious example would be if the deer was just clipped by a vehicle, remained on its feet, and made off showing no signs of being injured.