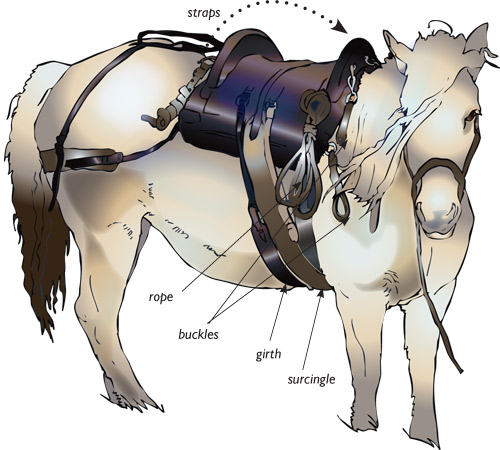 Tighten girth straps and surcingle on pony and unfurl all the deer straps. If using 2 girth straps, cross them over each other to opposite buckles. If using 3 straps the front and rear ones should be crossed with each other and the centre one tied straight across

The aim of this guide is to provide information on carcass extraction by pony in order to help ensure the safety of the operators/s and to minimise contamination to the carcass.  The BP guide Mechanical and Manual Extraction should be seen as a complementary guide to this subject.

Good for extraction where the ground is too rough for vehicles, or where there is a need to minimise damage to the habitat. Deer extraction using a pony is almost exclusively limited to red deer on Highland estates.

For all extraction activities, ensure the following:

The Manual Handling Operations Regulations 1992 (as amended) establish clear steps for dealing with risks from manual handling. These are: 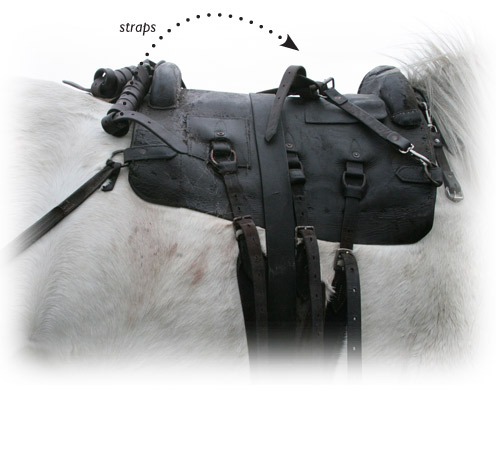 The surcingle should then be passed over the saddle and the centre point of the 3 girth straps. There should be a minimum of 3 deer straps for holding the stag on the saddle. A tail strap, a chest strap and a centre strap with a recommendation of 1 spare strap for each 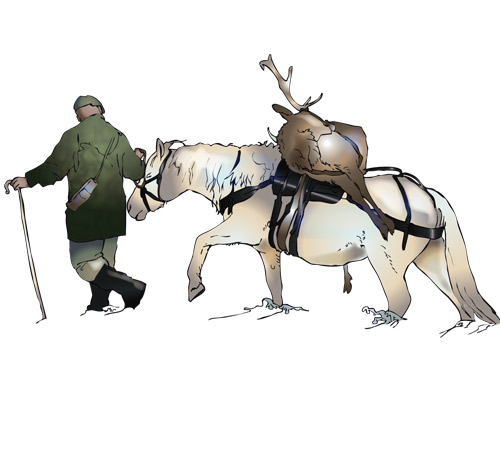 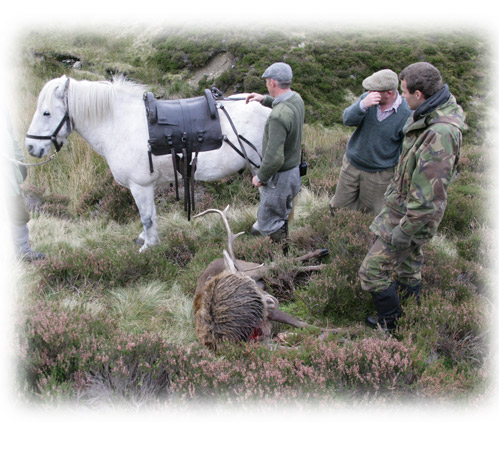 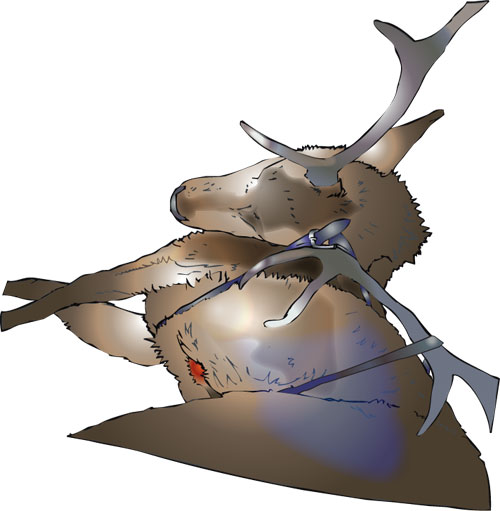 Lie stag on its right side, preferably onto a bank, and pull head onto chest resting horn on ribcage

Loading a single hind or calf on a pony

1. Position the pony near the hind or calf as for loading a stag. Using a minimum of two people, one at the head and one at the rear end, lift the carcass, rear end first, and slide over the saddle.

2. Hold in position until the centre strap is loosely tightened to keep hind on the saddle. Position hind so that it lies balanced on saddle with head hanging.

3. Pass tail strap up through between legs and above tail and tie off through the buckle strap at front end using your shoulder against hind’s rear end to push up hind as you are tightening strap.

4. Move round to front end of hind. Pass chest strap across the neck at top of shoulder and between both legs with head hanging down.

5. Pull the hinds rear legs forward until legs are pointing down rather than back so carcass will not be flapping on saddle when pony is walking.

6. Adjust and tighten centre strap over middle of hind.

Loading two hind or calf carcasses on a pony 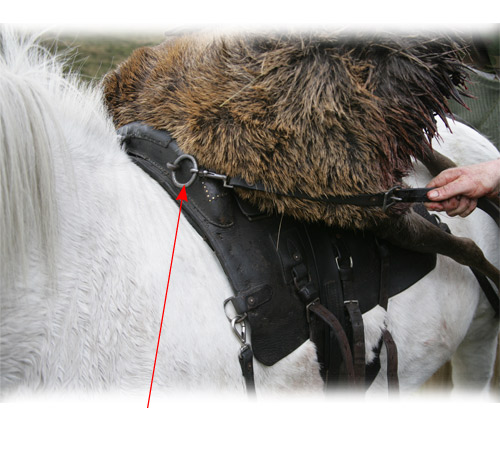 tail strap comes from the back of the saddle, through the hind legs of deer and fastens to buckle on front of saddle

1. To load two carcasses, lift the first carcass tail first and lie on the front of the saddle with legs facing towards rear of pony. If necessary, secure temporarily with the centre strap.

2. Lift the second carcass on head first at back of saddle with legs facing forward so that the carcasses are top to toe facing each other. Using the centre strap pull the carcasses together making sure their chests are jammed together.

3. Use straps the same way as with one carcass but catching both carcasses.

1. It is not advisable to load three large hinds on one pony. If you need to load three, try not exceed a maximum load of two average weight hinds and one calf.

4. Use straps the same way as before but if strap doesn’t reach or is sitting too high, then make sure strap is is over the shoulders and sitting between the legs of all beasts.