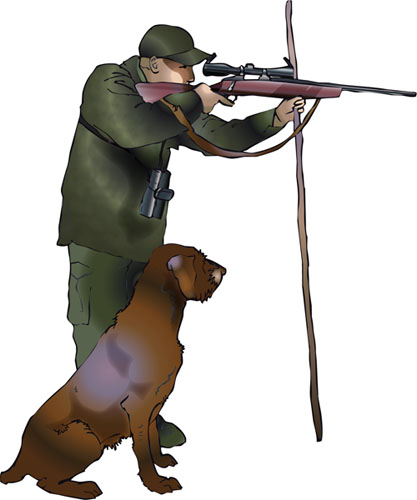 a fully trained dog is an invaluable asset

The aim of this guide is to provide information on how trained dogs can be used to aid deer management.  The guide also seeks to identify various blood tracking training methods whilst identifying when and how dogs should be used

Why use a dog?

Dogs can be used in a number of ways to assist deer managers. They are most commonly used for finding dead deer or tracking wounded deer* in concealing habitats such as woodlands. Dogs can also be used to indicate the presence of concealed live deer ( point, mark or set) or for moving deer out of cover. 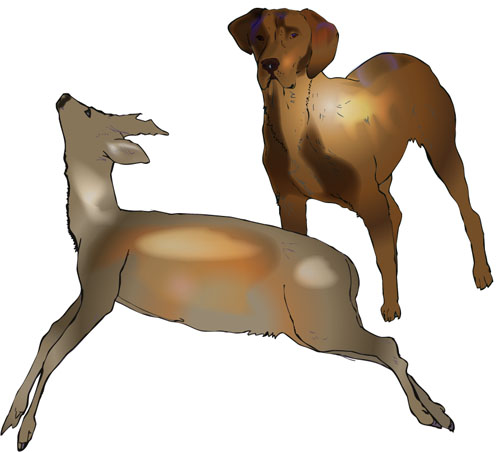 Many breeds of dog are used in deer stalking in Scotland. The breed selected often reflecting the stalkers needs (e.g. species of deer stalked/type of terrain) and domestic circumstances. Consequently, dogs used vary in type and size ranging from small terriers to the larger gundog breeds such as HPRs and Retrievers. Most of the working gun and hunting dog breeds can be trained to follow a blood trail and bay at a wounded deer. If selecting a puppy, it is often helpful if the parents have worked well with deer. Regardless which breed is used, a ‘suitable’ dog must be: 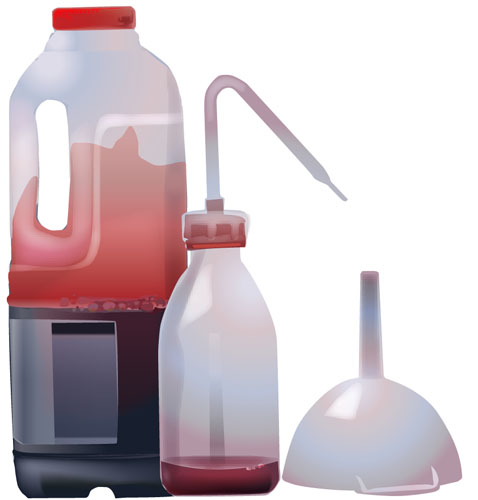 Discipline is essential in a competent deer dog. Dogs should be under the handlers control and able to: 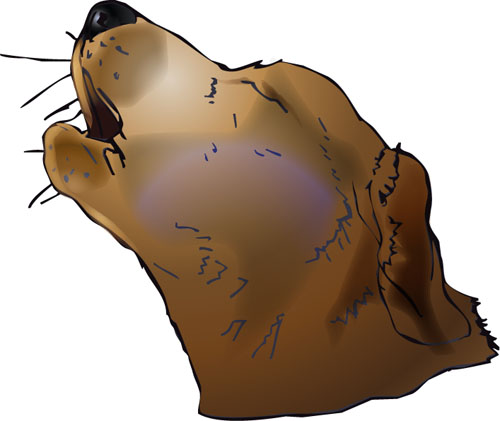 Tracking dogs should be encouraged to use their noses and follow blood trails from an early age, starting simply with a dragged heart/lung or deer skin, progressing through time to an artificial blood trail. Blood trails are laid using a dispenser which leaves a fine spray. Laboratory spray bottles (25 cl capacity plastic bottles with spout) make excellent dispensers.
Blood can be obtained by either collecting it from shot deer or freezing it or by using cow blood. Use a blender on clotted blood then filter it to make sure it goes through the spout on the bottle. Initial training is normally done on a long (10m) line.
Gradually increase the length, complexity and time-lapse of the trail until the dog is competent. Always remember to praise and reward the dog at the end of the track where a dried deer skin is used to represent the dead animal.
A good basic standard for a 1-2 yr old dog would be a 400m track with at least three 90 degree bends made with 25cl of blood 3 hrs old.
Assuming the dog has had its basic obedience training, it can accompany the handler on stalking outings and gain experience in finding shot deer as and when opportunities arise. 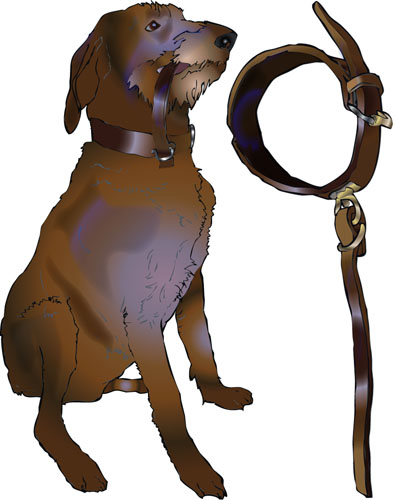 the collar in use

“Reporting” is the term used for how a dog, having found a deer, communicates this to the handler. It is possible to continue working the dog on a long line as in training, but this would only be suitable in relatively open habitats. Alternative methods which can be trained include:
‘Free Reporting’. The normal method used by most people – the dog finds the deer then returns to the handler who ‘reads’ his dog for signs that the dog has found the deer (i.e. blood or hair around the mouth), then returns to the deer following the dog. Seems straightforward, but not always in practice. If the deer is a long way away there may be little or no sign on the dog. There is also little incentive for the dog to return to the deer. Rewarding the dog with a kidney or spleen from the dead deer can help in this respect.

‘Torvebeller’. Baying at the dead deer. Sounds easy but has its drawbacks, difficult to train, can result in a noisy dog and alerts other deer in forest of your whereabouts. However it could have a lot of merit if used by a good dog combined with telemetry. Particularly useful for dogs of hound ancestry and the larger species of deer.

‘Bringsel’. The Dog brings back a leather thong attached to its collar after it finds the deer. This is a surrogate for actually retrieving the deer. The dog then lads the handler back to the deer at the handler’s pace where the handler ‘swaps’ the dog a piece of gralloch (typically the spleen) in return for the bringsel. However, for this to work consistently the dog must be 100% proficient at retrieving. It also demands a degree of persistence in training on the part of the handler.

Indicating the Presence of Deer 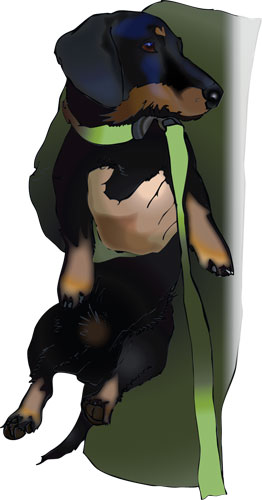 On scenting a deer the dog will generally become more focused and alert, often arresting its gait, or in certain breeds, pointing.

In most cases the deer will be found dead within 10-100m of the initial shot. Some mortally shot and wounded deer can go significantly further.

Where the deer requires to be humanely dispatched .

‘Free’ = Dog is working remote from handler
‘In a line’ = Dog is attached to handler by long (10m) light line, this is not practical in heavy cover, or when the dog is expected to move quickly.
‘Report’ = The dog makes the handler aware that it has found something, either remaining with the carcass and baying or returning to the handler then leading him to the deer.
‘HPR’ = Hunt, Point, Retriever a type of continental gun dog.
‘At bay’ = The wounded deer is still active but held in place by the greater manoeuvrability of the dog. 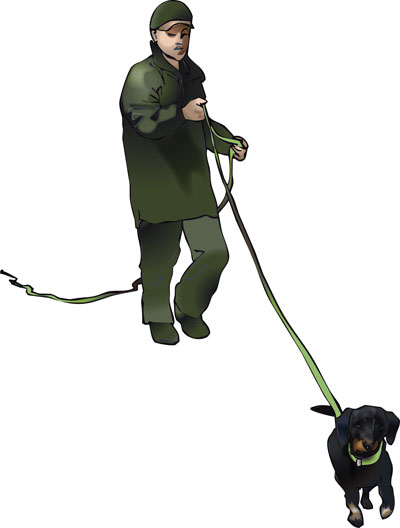 Working the dog at night