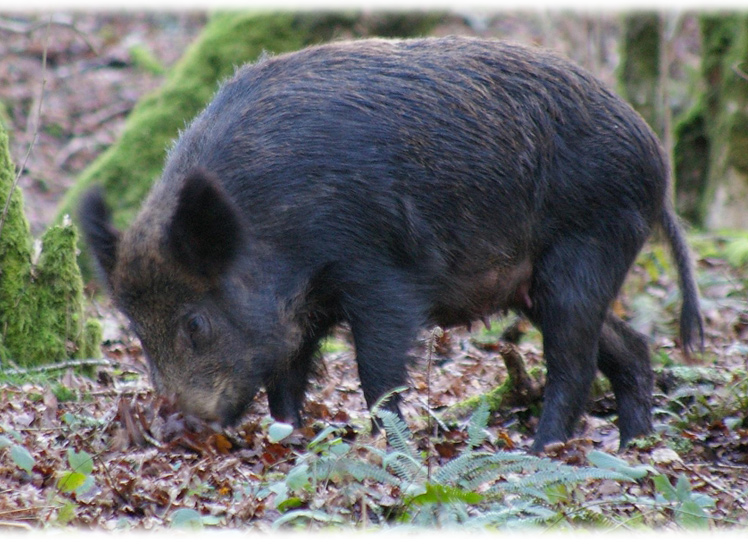 Adult feral pig stand up to one metre at the shoulder. Adult males may exceed 150kgs in weight, adult females being usually half that weight. Although it is noted that reported (? )

The summer coat of a typical feral pig is bristly and dark with a ridge of long hair down the back, becoming darker brown or black in winter with thick under fur. The tail is straight, not curled. Both sexes have tusks, the lower tusks are very sharp and in males may exceed 20 cm in length. Piglets are red brown to ochre coloured with yellowish longitudinal stripes for the first 4 to 5 months.
As a number of types of breed of pigs have been released into Scotland, colour variation, ranging from red to pink and black spots can be encountered.

[map needed here... Map 1. Indicative distribution of wild boar in ... based on data compiled for Defra and ...Wildlife Management and Licensing Service]
Females and young live in groups, usually led by the oldest sow. Fully-grown males tend to be solitary, except during the breeding season. Young males often form groups during the summer after being pushed out by females prior to farrowing (‘nest like structure to give birth in).When undisturbed, feral pig can become used to the presence of humans but usually they are elusive and largely nocturnal, so people are often unaware of their presence.
Feral pig react very quickly to food availability, changing their feeding areas frequently. They often cause damage to grain and root crops, and to grassland when rooting in search of invertebrates and small mammals. 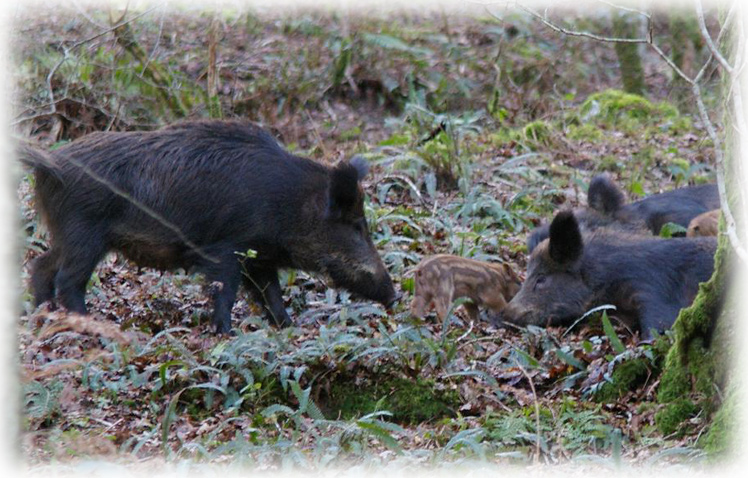 Sow with piglets and juveniles

You are recommended not to search for feral pig but signs that you may come across are:
seeing the pigs themselves 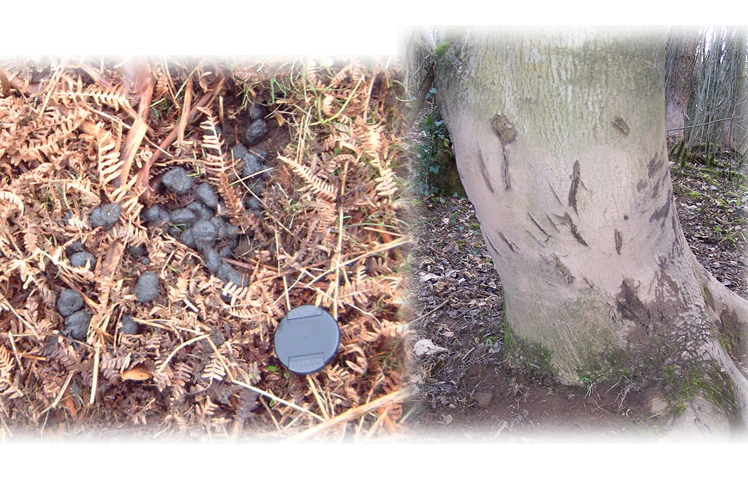 You may come across feral pig when working or during recreational activities. Feral pig are usually shy animals but may sometimes allow a close approach. There are very few documented cases of feral pig attacking people and a sensible attitude to encountering them should help to avoid any problems:

damage to rabbit fence (left) and rooting on pasture(right) 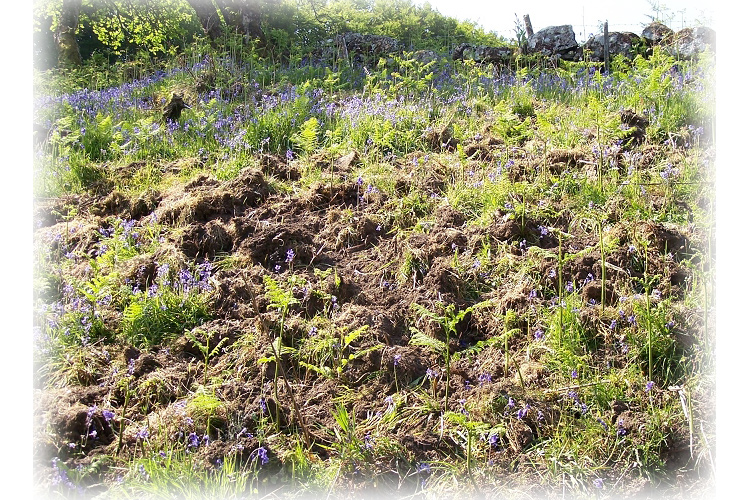 Dogs may chase wild boar, causing them unnecessary disturbance. Adult pigs are quite capable of seriously injuring even large dogs. 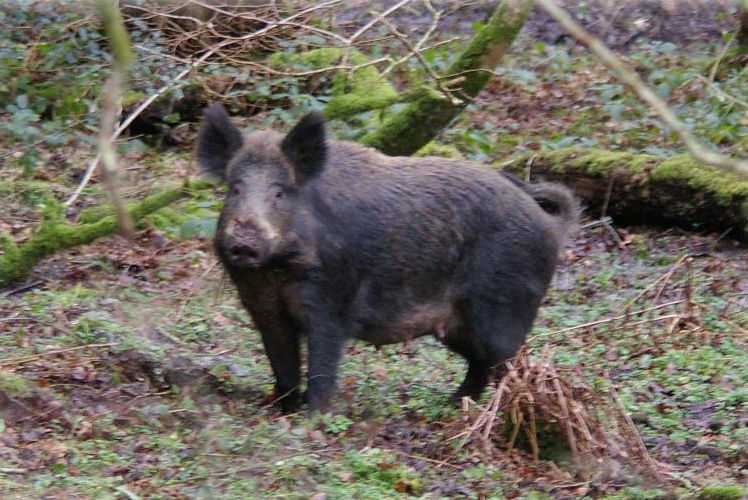 With good feed both sexes mature in under a year. Pigs are prolific and regular breeders, sows can come into heat between October and May but the height of the mating season is between November and January. Gestation is 3 months, 3 weeks, 3 days. Feral pig have a prolonged farrowing season. New litters may be born from February through to October, with a peak around April. Sows build a farrowing nest, a large construction of accumulated undergrowth, just before giving birth. Litter size is usually 4-6.
During periods when feral pigs are known or suspected to be having young:

If you see a feral pig please report this by going to : http://www.nbnatlas.org