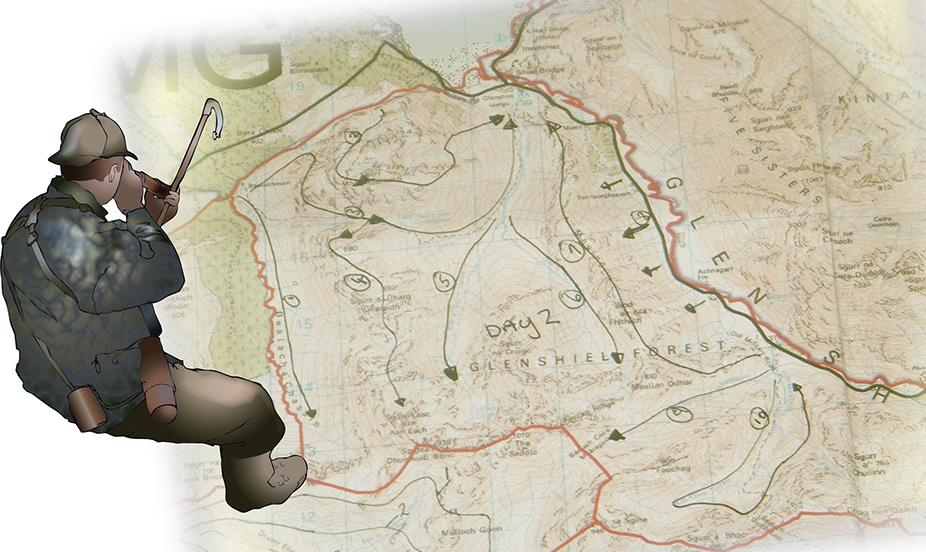 The aim of this guide is to provide information and guidance on assessing deer populations living on the ‘open range’. ‘Open range’ generally means open areas of habitat used mainly by red deer (for example, heather moorland). From the outset it is important to be clear that although the terms ‘count’ or ‘census’ are used, open range counting enables a population estimate to be made, but with associated error margins. Research has shown1 that, normally, estimates will vary by between 5 and 16%. In other words if you count 415 deer then the population estimate is at best between 348 and 481 (or at very best between 394 and 435). Open range population counts (and their resulting estimates) are therefore most likely to be useful for setting broad targets or giving an index of deer numbers as opposed to very precise population models. They are also useful for indicating trends in a series of counts.

As with dung counting , the population estimate provided by open range counting can be used for:

Key to the success and usefulness of an open range count is reducing potential sources of error or variation. 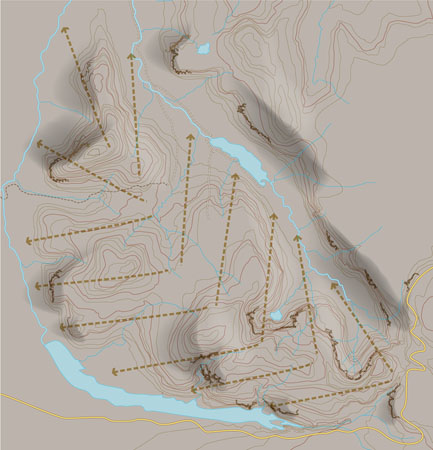 The time of year will depend on the reason for the count. Usually it is desirable to count the calves that have survived winter and to count stags before they cast. For most counts the best conditions will be ‘white ground’ (snow-lie) where the contrast between deer and their background will be maximised by enabling deer to be more easily spotted. The best months are therefore likely to be February, March or April. It is usually desirable to count at least annually at the same time of year. More frequent counts may be required, particularly if looking at deer movements.

The two most widely used, practical and cost effective methods are ground counting and helicopter counting. In choosing between these methods, as well as reducing the sources of error or variability, account will also need to be taken of resources (man-power and financial) available. For example, for count areas which are large enough to require several days of counting, then helicopters covering big areas will probably reduce errors associated with deer movement between counting days. Advance planning and team communication are essential. Communication during the count is equally so.

The use of GPS tracking and recording can be used to record the count path taken.

Daniels, M.J. (2006). Estimating red deer (Cervus elaphus) populations in the open range of Scotland: an analysis of the variation and cost effectiveness of different counting methods. Mammal Review 36(3): 235−247. 2 It is worth noting that a full classification is unlikely from any count method. Instead, if classification is required, an attempt should be made to classify ‘sample’ groups randomly encountered during the count.
Setting cull targets
Open range counting
print pdf
PLANNINGPLANNING