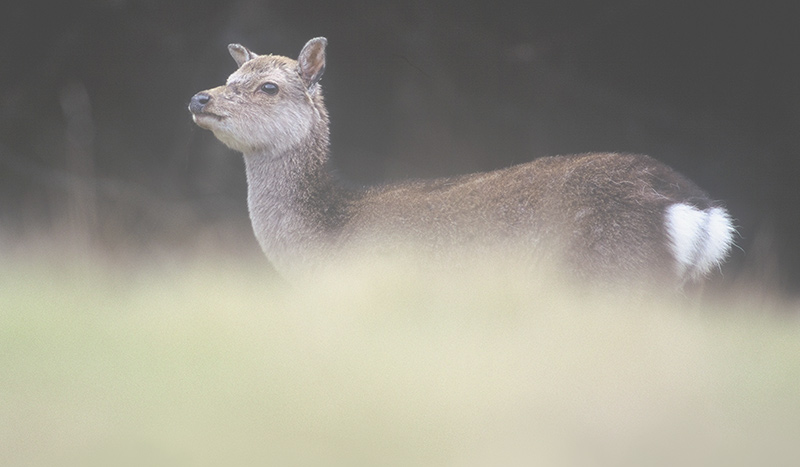 The Deer (Scotland) Act 1996 restricts the shooting of deer at night* to those people with written authorisation from Scottish Natural Heritage (SNH).
Under Section 37 of the Deer (Scotland ) Act 1996, the SNH need to be satisfied that those shooting deer under all its authorisations are fit and competent for that purpose. To be satisfied, SNH requires those seeking authorisation to be on the SNH Fit and Competent Register. SNH may authorise an occupier of agricultural land or of woodland or any person nominated in writing by such an occupier, to shoot at night, any species of deer for the purpose of crop protection if such a person is considered fit and competent. SNH must also be satisfied that night shooting is necessary to prevent serious damage and that no other method of control, which might reasonably be adopted, would be adequate.
Authorisations are subject to such conditions as may be specified, including the precise area to be covered and SNH will determine the period of its validity.
If requested by the owner of the land, an occupier is obliged to supply, as soon as practicable after being requested to do so by the owner, information as to the numbers of deer of each species killed under such authorisations within the period of 12 months immediately preceding the date of request.
Firearms safety, the humane dispatch and welfare of deer are paramount in the issue of night shooting Authorisations and must be the overriding considerations of operators.

Operations: Best practice night shooting operations should involve a driver, marksman, and light operator. The duties of each person are:
Driver: To position the vehicle and to confirm the location of the fallen animals.
Marksman: To discharge the shot.
Light operator: To locate and select the most suitable targets and keep count of kills.
Whilst 2 people can operate successfully, a third makes the operation safer and more efficient. Where a vehicle is not used, an independent light operator is essential.
Telescopic Sights: Should not be less than 4 x 36. The use of light-intensifying, heat sensitive or other special sighting devices is prohibited under Section 5 of the Deer (Firearms etc) (Scotland) Order 1985.
Dogs: In woodland, a suitable dog must be present to track wounded deer and prevent unnecessary suffering.
Location: Before night shooting takes place operators must make themselves thoroughly familiar with the location where shooting is to be carried out. Neighbouring occupiers and Police should be informed. Shooting should only be carried out in areas where there are suitable backstops. Particular attention must be paid to human habitation, roads, railways, footpaths and livestock.
Visibility: Deer must be fully visible and clear of obstructions such as tree branches or foliage before a shot is attempted. The recommended distance is under 100m and the target area is the shoulder. Head or neck shots should not be attempted.
Vehicles: The provisions of Section 20(1)(a) of the Deer (Scotland) Act 1996 make it illegal to shoot deer from a moving vehicle. A vehicle bonnet or a roof hatch can, however, provide a platform for marksmen to gain accurate shots. Modern swivel type bipods can be advantageous. Shots should never be taken by stretching across the driver or passenger or across the roof of a vehicle because the risk of someone emerging from the opposite door or simply walking unseen in front of the rifle. The use of an externally mounted shooting rail can enhance the efficiency of night shooting. Communication between the marksman and cab crew is essential and no person should step outside the vehicle unless given the all-clear by the marksman.
Spotlights: Spotlighting is particularly effective for dealing with small groups of deer. When shooting at large groups consideration should be given to the management implications of the deer, who quickly will come to associate spotlights and vehicles with danger.
Safety: A first aid kit should always be carried and portable communication equipment is recommended. Details of location and expected time of return should be given to a third party.

Prepared and published by Scottish Natural Heritage in pursuance of Section 37(5)(a) of the Deer (Scotland) Act 1996. Any person issued with a night shooting authorisation is obliged to comply with this Code of Practice. Failure to do so can result in an authorisation being withdrawn.